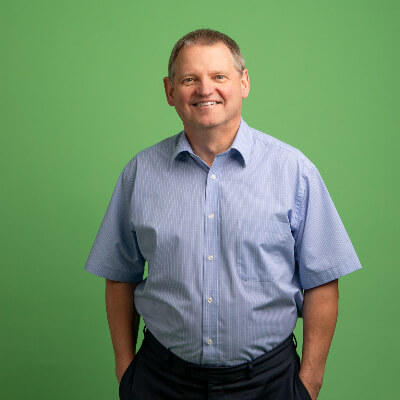 In September, 1987, Dr. Patrick Clements joined the practice here at Spectrum Eyecare & Eyewear. Pat was born in Iserlohn, West Germany in 1963 when his father, a Canadian military man, was stationed there. His family returned to Canada in 1965 and he attended elementary and high school in Oromocto, graduating in 1981. He was active in student government, sports, and acted as a disc jockey. Pat spent two years in the Science program at U.N.B. after which he was accepted at the School of Optometry at the University of Waterloo. Dr. Clements graduated in 1987. Pat became the fourth partner in 1989 when Dr. Roach retired. Pat and spouse Nancy have a son, Noah along with two other children, Daniel and Sara. Dr. Clements' community involvement revolves around his church in New Maryland. He enjoys badminton and woodworking. He served as a councilor in the N.B.A.O. from 1996-7.